Given current Covid-19 restrictions, we regret that Flounders’ Folly will be closed to the public for the time being. As soon as we are able to re-open the tower, we will update this website and our Facebook and Twitter accounts. Thanks to all who have visited the Folly and donated during this difficult year. We look forward to seeing visitors old and new as soon as we are able!

Below is the 2020 opening schedule for Flounders’ Folly, the landmark stone tower standing 80 feet above Callow Hill, near Craven Arms, South Shropshire. The Folly is visible for miles around and provides visitors with spectacular views of countryside near and far.

Opening dates and times are provisional and depend on the weather. Check back on this website nearer the time to ensure it will be open, or follow Flounders Folly on Facebook or @Flounders_Folly on Twitter.

Built in 1838 by Benjamin Flounders (hence the name), the Folly fell into disrepair in the 20th century but was restored in 2004-5 by the Flounders’ Folly Trust. It is now open to the public one day each month so people can climb to the viewing platform at the top of the 78 stairs and enjoy the wonderful views of the Malverns, the Black Mountains, Cader Idris and much much more. Specially commissioned illustrations that run round the viewing platform enable visitors to work out exactly what landmarks they are looking at in the landscape.

The footpath to the Folly from the small parking area off the lane between Lower Dinchope and Westhope is open every day, year-round, so come and have a look – there are great views on the walk up and from the foot of the tower!

Take a look at our Video Flyby by Tom Woodward 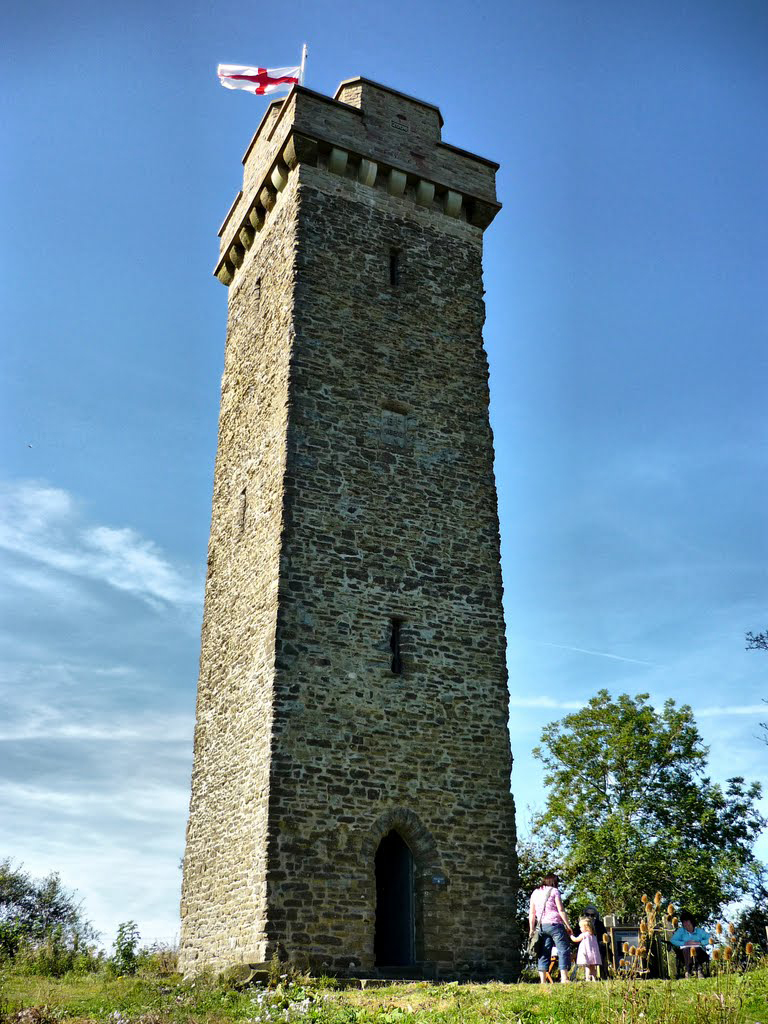 A Cross of St George flag will be flying from the Folly when it is open. As the Folly is stewarded by volunteers, opening cannot be absolutely guaranteed, particularly if the weather is really severe.

The best place to park is at the foot of Callow Hill on the road from Lower Dinchope to Westhope, SO 457854, from where there is a footpath to the Folly. Please park considerately and do not block gateways.